We must learn to see symbols all around us and then to penetrate behind the symbol to the idea which it should express.

Alice A. Bailey: Glamour, a World Problem, p.13
Visual and sounding Arts have always been the preferred means of non-verbal communication. The unspeakable can be expressed through images and sounds. In this section of the site, attention is given to the effect that paintings and music have on consciousness.

Spread across this website are drawings, paintings and graphics, created by Elizabeth Schram, Anne Mulleners, Karen Bauer and Asta Rudminaite. Much of this has never been shown before, hence a brief introduction to these authors.

Elizabeth Schram (1946, The Hague) started at the age of 16 in nursing and worked as a nurse in many different disciplines. Gradually the interest for the physical care made place for studying the causes of disease on more subtle areas, starting at herself. This led her on the path of self-knowledge and awareness, a path where initially mandala drawing and painting were the first supporting factors in revealing the “invisible”, and she was finally healed from lung problems of many years.
Major sources were, meanwhile, the works of Carl Gustav Jung, Benjamin Creme and Alice A. Bailey (a.o. Esoteric Healing) and dream research, a true quest.
Currently, she is still a student at the Arcane School and trying on that path as much as possible to share her knowledge, insights and experience with anyone being of open mind.
HTML PDF

Anne Mulleners (1994, Amsterdam) grew up in Heerlen and Groesbeek. Today, she lives in London, where she follows her master’s Theatre Criticism and Dramaturgy at the Royal Central School of Speech and Drama. Her experiences as an immigrant are the main source of inspiration for her first solo theater piece “Tweelingual”.
Earlier productions in which she worked were:
‘Sunkissed’ directed by Levantes Dance Theatre
“Jump Out Of Skin” by Zuza Ferenczova during the European Theatre Café in 2015, in which she played the lead.

Being from a non-English background, I chose to focus this piece on my bilingualism and the experience of having to settle into another culture. Through the use of my two languages, memories, physical theatre, poetry, photography, interviews with other bicultural individuals, and an exhibition format as my performance space, I try to answer questions surrounding the idea of ‘home’, identity and miscommunication. My aim is to let the audience go away with a genuine understanding of the complex aspects of biculturalism. Using a minimalistic set, lighting and costume design inspired by movements such as ‘Bauhaus’ and ‘De Stijl’, the focus is placed entirely on the most important element of the performance: LANGUAGE.

Karen Bauer was born in 1965 in St. Louis, Missouri. She received her Bachelors of Fine Art degree from The Kansas City Art Institute and her Masters of Painting from Stanford University. In 1993, she returned to St. Louis where she settled as an artist and teacher of fine arts. Inspired by the Great Masters, Vermeer and Rembrandt she came to the Netherlands in 2000, and for the last thirteen years has lived and worked in Maastricht.
For the past thirty years, her artwork has been a means to explore herself and the interwoven workings of the mind and spirit. Each painting or drawing contributes to the pattern of which she calls her personal fabric, a detailed weaving that records her journey from the light to dark to light again.
HTML PDF

Music is organized sound. It arises from sound vibrations with a certain energy value. All energy, including noise energy is free of moral value and its strength and effectiveness depends on its shape and direction. Our thinking, however, charges her with personal concepts as nice, pleasant or annoying. Our body does not like or dislike, it simply acts as a sounding board for noise, in which volume, pitch, duration and resonance play an important role. Music has the ability to bypass the logical and analytical filters of the mind. This enables it to make direct contact with intense feelings that lie deep in the subconscious. One could say that music can thus act as a password for files that are unconscious or hard to access. They are not able to open our minds but by means of music these so carefully stored files can be made accessible again. Music therapy makes good use of this special quality. Music is therefore the key because the mind has no control over it. Music, as the most volatile of all the arts, is elusive and changeable and has a dimension that lacks understanding.

As a result of their function, conductors have been thinking a lot about music and its effects. After all, they must try to bring forth, as a mediator between the composer and the sound medium, the intentions of the composer as pure as possible, first on the medium and then on the listener. In the accompanying videos, they give their vision of music as they see it.

Daniel Barenboim: How to listen to music? 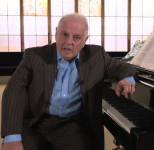 Daniel Barenboim on The Ethics of Aesthetics. Part 1

Daniel Barenboim on The Ethics of Aesthetics. Part 1 (03:52 - English)

Daniel Barenboim on The Ethics of Aesthetics. Part 2

Daniel Barenboim on The Ethics of Aesthetics. Part 2 (07:17 - English) 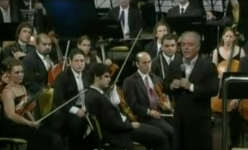 Music and the Brain

Wednesday is Indigo Blue: How Synesthesia Speaks to Creativity (1:01:37 - English)

Sergiu Celibidache on his Philosophy of Music

Sergiu Celibidache on his Philosophy of Music (31:11 - French with English subtitling) 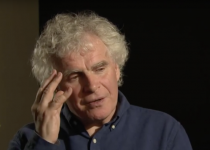 Leonard Bernstein on the future of music. 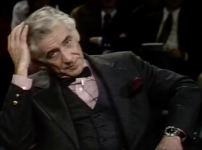 Leonard Bernstein on the Future of Music 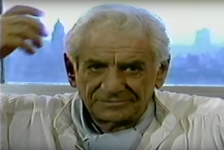