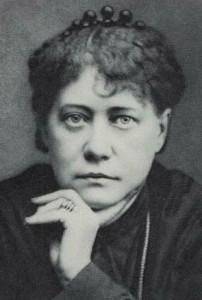 Blavatsky co-founded the Theosophical Society in 1875. She wrote books and several articles about Theosophy. Blavatsky described Theosophy as “the synthesis of science, religion and philosophy”, proclaiming that it was reviving an “Ancient Wisdom” which underlay all the world’s religions.

Blavatsky introduced the Theosophy in the Western world. Through this movement concepts such as karma and reincarnation became known. According to Blavatsky theosophical ideas can be found in old and new religions and therefore it is not a new doctrine. From this point of view theosophy could be considered one of the most universal currents that exist. Although her views are controversial, they have had undeniably a major influence on the later esoteric philosophical thinking. Atlantis also took an important place in her cosmogony: she felt that Atlantis had known a high civilization whose elements have been preserved in other cultures. In the 17 years that she wrote she was particularly productive despite the fact that she was frequently ill. On a bookshelf her books written would take a little more than one meter. She also wrote many articles which are included in the H. P. Blavatsky Collected Writings (14 volumes plus index), Isis Unveiled, The Secret Doctrine, The Voice of the Silence, The Key to Theosophy. She also wrote occult tales.

During her life she was accused of manipulating paranormal phenomena. This included, among others, the so-called Mahatma Letters. These allegations were made by the SPR (Society for Psychical Research) in the so-called Hodgson Report. A century later, the international forgery expert Vernon Harrison, who was a member of the SPR, and no theosophist, described the report as totally unscientific in his work “HPB and the SPR.” Vernon Harrison was an expert in detecting counterfeits and worked for Scotland Yard and the stamp and banknote printing company De La Rue. His conclusion was that the SPR has lost the chance, a hundred years ago, to study the gifts of the main occultist who appeared once for the SPR. 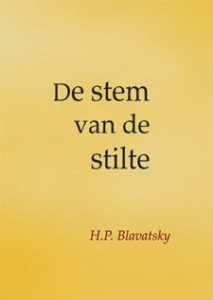